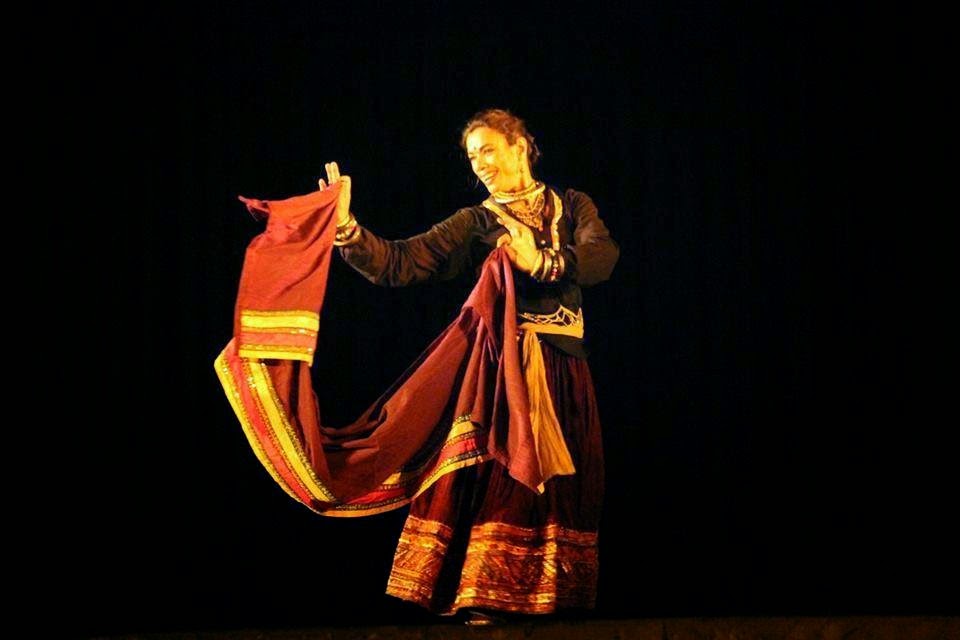 Vibha jee is stubbornly persuasive, in her gentle consistent way. In our several fleeting interactions, she never failed to remind that I should come and watch her play NAURANGI NATNI at Kala Ghoda Festival.

Natni, the street performer is very pretty, talented and famous – with a huge following. Naurangi Raja - the pompous king hears about the Natni and wishes to see her act. His Ministers warn him not to indulge in cheap lowly people. But King is curious to witness the bewitching act which has mesmerized his people.

The Thanedaar goes to convey the kings message to Natni and is unsettled by her beauty. Natni is a chaste lady, dedicated to her man and infant child. Thanedaar assures her the King is benevolent and a visit to him will yield profitable results for her. Natni agrees to meet Naurangi.

Naurangi asks her to dance on swords and broken glasses. Natni completes the feat. Naurangi is not impressed. He then tells her to walk a rope tied across three mountains to the dome of his palace – with her child tied to her back. If she manages, the King would give half of his kingdom to the Natni’s Son. The feat is scary and risky. But the reward is too big. Natni, is hopeful that her son will become king. And she takes up the challenge. What happens next? Do catch the play at its next show.

Vibha jee can’t sing. Surely not the way professional or trained singers do. But her singing keeps you glued. Because she sings like a mother does to her child. There is a narrative, a tale which weaves pictures with words. The magic world is created just due to sincerity of the narrator.

Vibha jee can’t dance. That she acknowledged post the show that whatever good happened, the credit goes to the Dance Director and whatever did not, was her doing. But her dancing works. Her movements are basic and to the point. And yes, graceful.

At times, I felt Vibha jee did not even act. She lived the character instead. My personal favourite was the expression of hope from the Natni when she thinks her child will be a king. That entire sequence, I observed, moved the audience most. Probably because she is a mother herself, her playing one came naturally. There were difficult sequences when she played two characters interacting with each other. She performed change overs with ease.

If there were fleeting moments when the act did seem to not fall in place, especially when it started – the initial few minutes – no one remembered that further down the line (except snooty nosed me). Also in the end, the play goes on in a socialist revolutionary tone which to me seemed unnecessary addition.

All said and done, this was a marvellous experience savouring Naurangi Natni. And certainly would like to see more of plays from Vibha jee and her group Avitoko.

An accomplished writer herself, I had the fortune to witness her skills when I asked her to write a song for me in Maithili. The result was overwhelming. She is one of the last of the generation which has had the opportunity to experience uncontaminated rural life as well as seamlessly adapted to urban values of today. I convey to her my best wishes for many such super quality work. Congratulations to her entire team.
Top of Form